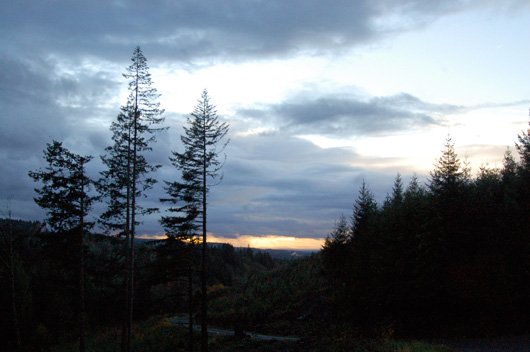 Grief and exhaustion, the yin and yang of loss, the Bonnie and Clyde of surviving. It’s the biggest un-kept secret in the world of the widowed. People far more eloquent than I have blogged about it to death (Ha, ha. Get it?), most recently Kim at Widow’s Voice: Exhausting Part 1.5.

But it still surprises me. More than surprises, it whacks me upside the head, knocks me on my ass and kicks me in the ribs a few times for good measure. It square dances with depression who doe-see-doe to tunes of loneliness and futility.

The holidays for me only make matters worse. If, before last year, you had asked me to provide one word to describe “the holidays,” I might easily have replied, “exhausting.” Trees and lights and shopping and parties and late-night wrapping sessions and cooking and cleaning and entertaining and cleaning and clients at work that need stuff done by the New Year or in time for CES or whatever.

Then add “cold and flu season.” The kids and I have been sick with the same germ for over 2 weeks straight. Cough, sore throat, plugged up sinuses.

Finally, there’s what we were doing at this time last year. Hospitals, doctors, emergency rooms. We got our tree Christmas Eve night and it stayed up for months, because half-trimming it was the last thing Julie did with us that left any tangible sign that she had been here. The tree of course had to go, eventually, but I’m not ready to get another one.  I don’t want to unpack the ornaments she had collected all her life, dating back to the cardboard gingerbread man she made when she was 5.

So, while all of that is exhausting enough, it took a widow friend to remind me of the simple fact: Grief takes a lot of energy!! At the beginning I called it a secret because, while it’s talked about a lot in the widowed community, it seems to take all of us by surprise. It’s not something well known or talked about in the outside world. (Nothing about grief and loss are, of course, but still.) It’s like it’s our little secret. We all know about it, but nobody else does.

Saturday marked 11 months. New Year’s Day will be one year since our last real conversation. Many say the second year is often harder than the first. But right now, I’m too tired to think about it.