Grief is Not a Disease

I recently found myself pulled into a discussion that focused on the challenges faced by women who become romantically involved with or marry widowers. You can read it in its raw glory here.

My widow friends on Facebook were extremely supportive, in private and in public, and praised my writing and declared their support for my point of view. Regular readers of the blog in question generally supported the blog author and each other, but many were also kind and supportive to me, even though many were not.

In and of itself, it’s not really a big deal. We all take our lumps out here on the interwebs, and if we don’t want to risk a run-in with someone who thinks we’re full of shit, it’s easy enough to avoid.

But after my last post on that blog, I was curious: what else were people saying about widowERs (I noted the gender-specificity right away) and their relationships? What I found frankly blew my mind.

I have lived a fairly sheltered life as a widower in cyberspace. Until a few months ago, the only way you could read any of my words on the subject was if we were friends on Facebook, and the only way that would happen is if I either knew you already (cyber-friends included—I hate the expression IRL—“in real life”) or if we had a number of widow-friends in common. The widow and widower blogs I read are almost all written by people I know through Facebook. At one point (I wrote about it here), I added lots and lots of widow friends, but after seeing some scary stuff in my stream, I pulled back, unfriending the hard-core Republicans who thought Sarah Palin and Ann Coulter were just ducky.

But it turns out, there’s a whole ‘nother world out there, and the blog post I stumbled into commenting on was just the tip of the iceberg.

(Hold on to your hats, take a Dramamine or whatever—this is pretty strong stuff. Griever discretion is advised.)

This is a world that revolves around women who love widowers. In this world the WOW (Wife of Widower) or GOW (Girlfriend of Widower) are often shocked, hurt and dismayed to find themselves on a complex and confusing journey. (Fortunately, they will find many books, blogs and forums run by their “sisters”—and at least one “brother”—to help them understand and deal with the situation in which they find themselves.)

In this world, there are widowers and (got that Dramamine?) former widowers. (No, I’m not making this up.) Women who date widowers who are still grieving their late wives (LWs) do so at their own peril. A widower can only be truly available as a potential partner once they have successfully grieved. In this world, WOWs are tormented by the few remaining pictures of the LW. (He of course got rid of most of them early on or even before the relationship with the GOW/WOW started.)

We tire of his grief triggers, thinking. “He should be over this already!!!”

In this world, women agonize over questions like, “Will I ever be his #1?” and the widower is scolded that he should never think he is ready for a romantic relationship until he is “done” grieving, truly “moved on” and has “let go of his past and his LW and made her (the GOW) his life’s priority.”

Dramamine or not, if you’re still with me, I expect you’re needing one of these right about now: 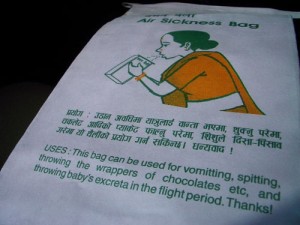 The burden of a GOW or WOW is a heavy one. After all,

Even the most understanding woman can start to run out of tolerance when she feels she is sharing her man with another woman – even if she is not physically there.

(I totally get what they mean. It’s just like when my 7 year old daughter tells me not to sit on her invisible friend. HATE that!)

It’s a grim life, where “he hangs onto her memory” and even when he has put her photos away, he may have the insensitivity to put them in, of all places, a closet, “five feet from our bed!”

Lord knows, “it’s not an easy journey,” and “The woman who dates a widower… is a strong woman indeed.” If only the widower could stop “living in the past” and “completely heal.” THAT would fix EVERYTHING. Really.

But there is hope, dear WOWs and GOWs! For example, check out this handy list of “five things” to help you figure out whether or not your favorite widower is “ready to date:” (Oh, and the title of the post—“Widowers: They’re Still Men!”—I guess could count as a sixth. I mean, who knew?)

There’s also hope for all of us poor, hapless Ws, if we are willing to see the error of our ways, give up our past and put our new wife or girlfriend “first” in our hearts, minds and home decorating decisions. In fact, there’s even a test we can take, to see if we’ve got what it takes. In only 26 questions, we can add up the points and see if we’re “ready to date.” (Keep in mind every question is worth at least one point and many are worth several points per “item”—photo left in your house, things you don’t use “regularly” that belonged to your LW, etc.):

Pretty harsh, I know, pigs—er, uh, guys—but hey, don’t worry. If you “want regular sex but don’t want” (or have too many “points” to “even think about” entering) “a committed relationship,” you can always “hire a prostitute.”

I don’t know about you, but I’m going to need a bigger barf bag.


Yeah, OK, so that was the easy part. They make it easy. Making fun of stupid, ignorant, simplistic ideas and the people who mindlessly spout them is often easy. (Think John Stewart and the GOP.) The scary thing is, just like the Tea Party, these people aren’t joking. They’re dead serious. (Widow(er) humor. Ha ha.)

I tried talking to them, I really did. Some of them were kind; they “appreciated” my “perspective.” But even when I told them of my experience, and those of my widow and widower friends, it didn’t seem to change their world view. And when I questioned their presumptions, things got nasty. Not unlike the debates I get into on political blogs, I suppose. Turns out that trying to convince someone that a widower isn’t to blame for everything is not that different from trying to convince someone that government isn’t to blame for everything. God, guts, guns, gay-bashing and “getting over” grief—now we know what really made America great!

There’s honestly so much wrong with what I’ve read in this “world” I don’t even know where to start. Grief is not a disease one can or needs to “recover” from. It’s not a journey with a destination or a step-by-step process that’s “complete” when all the boxes have been filled in. It’s not something we succeed or fail at. Our late spouses (children, parents, siblings, friends, lovers, pets, whatever) are not something “in the past” that we need to “move beyond.” Our grief for them is not something that those who love us should need to “tolerate,” only so long as we don’t do it “too much” or “too long.” Our love for them is not something that prevents us from loving others or relegates a new love to an inferior status.

I’m fully aware that loving a widower or widow has its challenges, just as being a widow or widower in a new relationship or marriage does. (My LW and I gave each other plenty of challenges, just the way we were!) I don’t think I put her or our marriage on a pedestal. (But if I did I’d want anyone who noticed—significant other or otherwise—to set me straight!) It wasn’t perfect and neither were we. Many of my dear widow friends have remarried, but still grieve and identify themselves as widows. I would really appreciate your perspectives on this. You in many ways have been role models for me. You have made new lives with new spouses, yet retain strong connections with other widows and your own widowhood, and you allow yourselves to feel feelings of grief openly and honestly. THAT’S the kind of widow(er) I want to be. That’s the kind of widowed father I want to be for my kids. But that kind of widow(er) doesn’t seem to exist is this other world. It makes me sad, angry and frustrated that I can’t seem to help them see it.

The best words for what’s in my heart aren’t even mine, but those of a beautiful widow friend of mine, Simone, who herself came under fire for coming to my aid in the blogosphere:

When you marry someone you marry all of them. You marry their past, and their future. You marry their kids, their triumphs, their mistakes, their times of joy, their times of grief, their extended family, sickness, health, better, or worse. You negotiate these things, and if you’re not up to the task maybe it has something to do with you, as much as it has something to do with your widowed partner.

39 Responses to “Grief is Not a Disease”